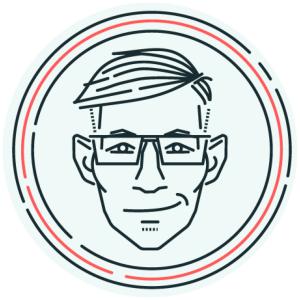 [The Winding Glass is a commentary/opinion column written by SeafoodNews Founder John Sackton.]

Following the release of hidden camera video footage from a Cooke Hatchery in Bingham, Maine, Glenn Cooke issued a statement yesterday saying “I am very sorry that this has happened. We are thoroughly reviewing the footage and we are working closely with the Maine Department of Agriculture to review and ensure all our practices are within compliance. We are speaking with all our employees, and we will institute a rigorous re-training program at our Maine facility.”

His statement is an excellent response to an attack on aquaculture by a militant vegan organization called COK, Compassion over Killing.  This group has 18 people on staff, and in 2017 reported income of around $1.3 million.  20% of their budget goes to undercover videos targeting farming, especially industrialized factory farming.

The organization was founded in 1995, and says its aim is to ‘End the abuse of farmed animals using a variety of strategies including vegetarian outreach, investigations, legal advocacy and publications.’

They are very much part of the movement that has led consumers to demand free-range eggs, minimum standards for space for chickens, and regulations against confinement for breeding sows.

They have won a number of concessions from major restaurant chains who have pledged to adopt higher animal welfare standards and offer vegan menu options.

You can see the video they secretly filmed at the Cooke facility on youtube.  It is not getting a lot of hits, less than 5000 as of today.

It shows employees throwing discarded salmon, and in some cases whacking or stomping on fish.  It also shows some deformities being culled from newly hatched embryos.  The emotional tone of the video is that this is no way to treat fish, which Glenn Cooke has forthrightly acknowledged.

But for the salmon industry, and for seafood in general, this raises a larger question about consumer trends.

Farmed and wild seafood has been under continuous attack for both fishing and farming practices for nearly two generations.  Some of the criticisms about overfishing were made largely by people like the MSC, who love and celebrate fish, with the avowed purpose of ending overfishing, or in the case of ASC, certifying farming, to responsibly increase seafood in the global diet.

But others were made by groups who want to halt all consumption of seafood.  This is the category the Cooke critics fall into.

The problem the industry faces is that our customers, who have major retail and restaurant brands, are very sensitive to pressure groups and emotional appeals, regardless of whether they are based on facts or truth.

As a result, restaurant companies have made many changes in response to animal welfare demands and do not want to become targets of animal rights activists.  Part of Compassion’s strategy is to pressure companies like Subway and others to adopt animal welfare standards and to offer vegan options.  Even McDonald’s is subject to these pressures.

For us, complying with social responsibility has definitely increased costs.  The entire infrastructure of certification and traceability has been added to the costs of fishery management in order to demonstrate our social compliance to our customers.

We have no choice but to continue to make our case for responsible harvesting and husbandry.  This applies across the board, whether it is about lobsters being processed and cooked, wild salmon being crammed in RSW tanks, or farmed salmon raised in net pens.  Anyone on a fishing boat knows that gutting and bleeding fish has a cost to the fish.  But just as in nature, we accept that the pain we cause as a predator is no different to the fish than that caused by a seal or a tuna.  We live in a world where there is a food chain.

We have to be responsible stewards of that food chain.  Without the industry making this case, we are going to lose market share not just to vegetarians or people who will not eat fish under any circumstances but even among those who love fish.

As John Fiorello of Intrafish pointed out, there are two camps in the seafood industry regarding fake fish.  One suggests that the idea of plant-based fish products will always be fringe, and that these products will not make headway with real fish consumers.  I have tended to be in that camp.   People eat fish because they like the taste.  If they don’t eat fish, why would they buy fake fish?

The other camp is those sounding the alarm based on what happened to the dairy industry, where the milk aisle now has almond milk, soymilk, and other non-dairy products taking up space and market share.  In the UK, around 15% of ‘dairy’ sales are non-dairy milk products.  I now feel this is more of a true threat.

My kids are big fish eaters, brought up snacking on things like dried squid from a very young age.  But their spouses are vegetarian, and they have certainly been attracted to the non-meat products like impossible beef.

What surprised me in our discussion of fake seafood was their willingness to consider it, because even though they love fish and shrimp, they also think there is an environmental cost, as they do with meat.  So some of our best fish consumers may be tempted to try these fake products due to their overall view that fishing and aquaculture has an environmental cost that they can mitigate through their food choices.

This makes me think that the trend to hold not just fish but all foods to a higher standard is very real, and it means the entire seafood industry must continue to make the case for our responsibility and commitment to environmental and animal welfare.

Glenn Cooke’s statement is an excellent example of how to respond to this type of accusation.  The company was blindsided by someone recording a secret video.

It does not matter if it was unfair, edited, or secretly taped—the response of the company was to own the mistakes shown on the video, and to promise to do better.

Glenn Cooke said he does not judge people’s dietary choices.  If they don’t want to eat salmon they don’t have to, but regardless of their individual choice, Cooke is assuring all those who do eat farmed salmon that it is grown in a responsible, socially conscious way that respects animal welfare.

These are not issues that are going away.

NWAA TO PUBLIC LANDS COMMISSIONER FRANZ: YOU GOT IT WRONG!

The NWAA advocates for the sustainable production of aquatic foods and represents aquaculture producers and support-related businesses in Washington, Oregon, Idaho, Alaska, Hawaii, and British Columbia.